RETA reform: Changes in the tax rates for self-employed

The Ministry of Inclusion, Social Security and Migration presented the approval of the RETA Reform for the next 3 years: a roll-out of the real income-based contribution system with 15 brackets and a new flat rate. Find out what it is all about! The RETA Reform (Special Regime for Self-Employed Workers) was proposed in Congress based on two fundamental points: a reduction in the tax rates for self-employed workers earning less than 1,300 euros per month and an increase in the rates for those earning more than 1,700 euros per month.

According to the Minister of Inclusion, Social Security and Migration, José Luis Escrivá, it is a plan that “emerges from the consensus among all the organizations” and would allow the self-employed to “adapt their contributions and be entitled to higher benefits“.

The RETA Reform has contribution tables with 15 net return brackets for the next 3 years (2023, 2024, and 2025), in which the lowest rates are decreasing and the highest ones are progressively increasing. But how will they work? Read on!

As the following tables show, the self-employed worker will have to pay a fixed monthly rate depending on their monthly net income.

Impact of the RETA Reform

According to Social Security figures, there are 3.4 million self-employed workers in Spain, 50% of whom report incomes equal to or less than 670 euros per month, and with the RETA Reform, their contribution will be significantly reduced over the next 3 years.

Likewise, 14% more of these self-employed workers who have incomes between 670 and 1,125 euros per month, will also pay less.

Self-incorporated workers with a net return below the minimum interprofessional wage (SMI), family members, and those with zero income will pay a minimum contribution of 1,000 euros, which will be progressively converted to that of the general scheme.

A flexible system and calculation of the net return

At the beginning of the year at the time of registration, the interested self-employed worker will communicate their net income forecast, which every 2 months (up to 6 times a year) can be modified. At the end of the fiscal year and with the data provided by the Tax Agency, Social Security will regularize the rate if it has been paid below or above the net annual return obtained.

During the remainder of the year, self-employed workers who were contributing on a higher base than that determined by their net return in December 2022, will be allowed to remain on that base if they so wish, but the contribution limit for workers over 47 years of age will change as of 2023.

How will all of the above be calculated?

With the RETA Reform, the net return will be calculated by deducting from income all expenses incurred during the work activity and which are necessary to obtain income (computer, rent, telephone service, purchase of supplies, etc.).

On that amount of deducted expenses, a deduction for generic expenses of 7% of the net return(3% for self-incorporated workers) is additionally applied.

From 2023, a new flat rate of 80 euros per month is established for newly self-employed individuals who start their activity during the first year, extendable for another 12 months if the self-employed worker registers an income below the Minimum Interprofessional Salary.

There will be new rate reductions for working mothers with an extension from 12 to 24 months for the care of children under 12 years of age or dependent family members, for agricultural collaborating family members (40%), and for the care of a minor affected by cancer or serious illness (75%).

Also, there will be a 10% reduction in Personal Income Tax (IRPF) on company contributions to social welfare systems with this new RETA Reform.

Protection for partial cessation of activity

The current cessation of activity will continue to apply in cases where the business must be closed and the RETA must be canceled in order to receive a benefit of 70% of the regulatory base for a maximum of 2 years.

However, a new partial cessation of activity of 50% of the regulatory base will be added, compatible with the activity, and which can be collected for a period of 4 months to 2 years.

This will be accessible to:

Also, a partial temporary cessation due to force majeure is established when there is a declaration of emergency and the self-employed worker loses 75% of their income and is left with an income no higher than the SMI.

Adapting the RED mechanism to the self-employed

According to Agencia EFE and Vanguardia, the RETA Reform adapts the Red protection mechanism established in the labor reform for cyclical or sectorial Temporary Employment Regulation Files (ERTE), in both cases having to prove a drop in the income or an impact on the workforce.

Do you want to know more about it?

In Entre Trámites we offer various services, consulting, and support in bureaucratic processes for the self-employed, including guidance on the new tax rates for self-employed workers and their constant changes. 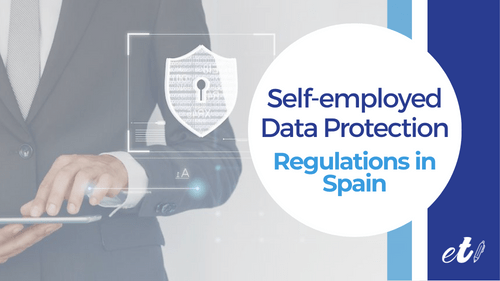